The greater part of area-based programs in Italy are promoted and managed by the General Directorate for Local Development Dicoter within the Ministry of Infrastructure, and by the CIPE, thereby confirming their role as key actors in the field of Italian urban policy. These policies can be divided into two main categories: i activities undertaken in response to initiatives from EU institutions in the case of the Urban program and of regional funds made available through the Community Support Framework and ii activities undertaken autonomously at the initiative of the national government.

Such programs cannot be considered as part of the national urban policy. However, they are of interest since, on the one hand, they require national government to supervise them, and on the other, they assume a role as vectors, through which the instruments and goals of public policy have been diffused within the national context.

The Complex Plans are so defined because they integrate different policy instruments instruments for social, urban planning and economic policy to allow upgrading of urban areas, also drawing on the experience of the Politique de la Ville already operational for a decade in France.

The category of Complex Urban Programs comprises the following schemes. Created under law no. Provided for under law no. PRU were particularly important since, for the first time, they integrated housing policy instruments with other kinds of policy tools aimed at the overall redevelopment of urban areas. These are programmes that make use of and extend the goals of the PRU, but do not deal exclusively with individual local authorities but, rather, cover wider areas involving several administrations.

Neighborhood Contracts Contratti di Quartiere. They provide for carrying out works relative to urbanisation infrastructure and residential development. One of the important features of the Neighborhood Contract is the attention paid to citizen participation in the urban transformation process. Urban Italy.

This program was born on the basis of the consensus originating from the European Community Urban Programme. It funded initiatives planned by 20 local authorities 14 that had applied for European funds without being selected as winners. Such public investments for re-qualification and urban regeneration that are still active are funded through resources coming from the European Union and are co-financed by regions and municipalities.

The main feature of the program is, therefore, that of providing for urban areas which can encourage the development of enterprise through tax and contribution exemptions. The Zone Franche Urbane device is significant since it does not refer generically to run—down areas but does make direct reference to the urban question, directly involving the local authorities in the policy implementation process.

However, the experimentation with the ZFUs ended one year after it started due to the absence of economic resources, confirming the inefficacy of incremental adaptation to dominant paradigms that characterizes urban policy in Italy.

Indeed, with the exception of a few single positive experiences, territorial programs have rarely been adopted in accordance with the specific needs of the cities. Most often they consisted in the mimetic adoption of practices already experienced elsewhere. Consequently, local development is menu minceur veau 800g to a set of completely decontextualized policies.

The topic of security assumes a previously unknown central role among challenging urban issues. Urban security policies were originally seen as area-based programmes, variations on the French model of Local Security Contracts which had been integrated into Contrats de Ville and, therefore, were presented as one of the instruments aimed at resolving social-economic hardship on the outskirts of urban areas and the consequent problems of illegality.

Even if the protocols were maintained, at least in their stated objectives, the intention of promoting integrated security policies 19 is characterised by the central aspect given to the repression of illegality by means of greater co-ordination between local and national police forces. Between andsome 40 Local Pacts were signed by Prefects and local authorities above-all at urban level. It is a program of public works that should result in the provision of new infrastructures, urban redevelopment, and the building of car parks, homes and schools.

The National Plan for the city is made up of all the development contracts promoted by the individual municipalities involved. This orientation is due perhaps to the belief that in this way the timing of the Plan will be accelerated. It is not a novelty.

Already in July the national government directly provided 13 metropolitan municipalities with 99 million euro of funding to reduce homelessness. Before producing and implementing such a policy again, it probably would be worthwhile evaluating to what extent the previous programme has been implemented. However, not only is the target not supported by adequate financing, but the timing of such finance is not consistent with the intention of starting programmes rapidly.

There are 10 million euro available for ; 24 for40 in and 50 for each of the subsequent three years. The first and most significant change in urban policy in Italy is the shift from its implicit to its explicit nature. The explanatory factors taken into account here show how this change has been induced by exogenous determinants the reorganization of the global economy, Europeanization of public policy, and the judicial crisis in the Italian political system at the end of the eighties in a system that would not have changed.

The change has occurred in the context of an institutional structure that had remained substantially unchanged since the founding of the Republic: it was not, therefore, a gradual change resulting from endogenous determinants, but a rapid change and a traumatic break in continuity after a period of relative stability.

The absence of an urban policy in Italy, and the incremental nature of adaptation to dominant paradigms can be explained by two main determining factors: i first, the nature of the institutional context, and ii secondly, the highly fragmented subsystem of urban policies.

Rather, it led to a redefinition of the dynamics and relationships between centre and periphery that "gave rise to an unprecedented institutional system, within which local governments have been forced to shape new relationships with regional governments, that overlapped with the existing ones with the central government " Adorni and Magagnoli, If, on the one hand, mainstream policies mirror a highly centralized institutional structure and relegate municipalities and local authorities to the role of policy takers, on the other hand explicit and direct urban policy provide local governments with the role of policy makers, at least in the phase of implementation of public policy.

This interpretation is, however, unsatisfactory, as the uniformity of the institutional Napoleonic system was not an obstacle to the emergence of urban policies in other countries: it is sufficient here to refer to the Politique de la Ville in France. Of course, the emergence of multilevel governance European Union, states, regions, local authorities and the principle of subsidiarity on the one hand produced a clear hierarchy, at least from a formal point of view, in decision-making processes but, on the other hand, in most cases it brought about a slowing down and complication of decision making processes.

The increased fragmentation of responsibilities between different levels of government in Italy created an ambiguous situation for urban issues within the national agenda.

At the same time, all levels of government considered their participation in making a contribution not essential in the implementation phase. Unfortunately, however, it is in the negotiation phase that many urban policy programs fail in Italy. This is due to a strong regional centralism that has revived decision-making bodies in which formal institutional roles have been considered to be more relevant than the content of policy solutions.

Unlike France and the United Kingdom, portfolios explicitly related to urban issues do not exist at national government level in Italy following the abolition of the Ministry of urban areas. The fragmentation of responsibilities in the urban policy subsystem 22 raised contradictions and conflicts that have so far prevented agreement and consolidation of a coherent policy for Italian cities. If a willingness to learn and the activation of policy transfer processes can actually respond to existing policy problems, it can also be that transferring policies from other countries takes the form of a symbolic policy aimed at legitimizing decisions already taken and priorities already established.

This can be an obstacle for the development and consolidation of urban policy, since a program can be successful in one context, and fail in a different context where there are different problems. They are composed of a set of courses of action that still do not seem to amount to a coherent and comprehensive policy, which is what would be needed to provide answers to the new problems faced by cities in a global economic age and, even more so, when such an age is in a period of crisis.

Recently, the fragmentation of the policy subsystem has been addressed through the establishment within the government the Interministerial Committee for Urban Policy. It is a very recent decision whose outcome is difficult to predict.

Furthermore, it can be observed how this Committee is a tool that can be useful for handling fragmentation rather than for reducing it. However, it is a significant indicator of the relevance that the urban question has recently acquired within the political agenda. It is too early to answer this question. The strong demand for local autonomy, that mirrors a need for a reduction in fragmentation among levels of government, seems to go in this direction. Nor can the importance of the rise in self-organized practices by local authorities be underestimated.

The EXPO case shows how the management of major events is part of the international strategy of cities that also has a high level economic impact at national level. Each year, the Government determines by decree targets of financial balance between income and expenditure for the municipalities, also establishing thresholds of maximum expenditure.

If local authorities do not meet such targets, sanctions of financial nature are foreseen. Housing policies were characterised by a high level of centralisation, given the lack of autonomy allowed to local authorities in this matter. 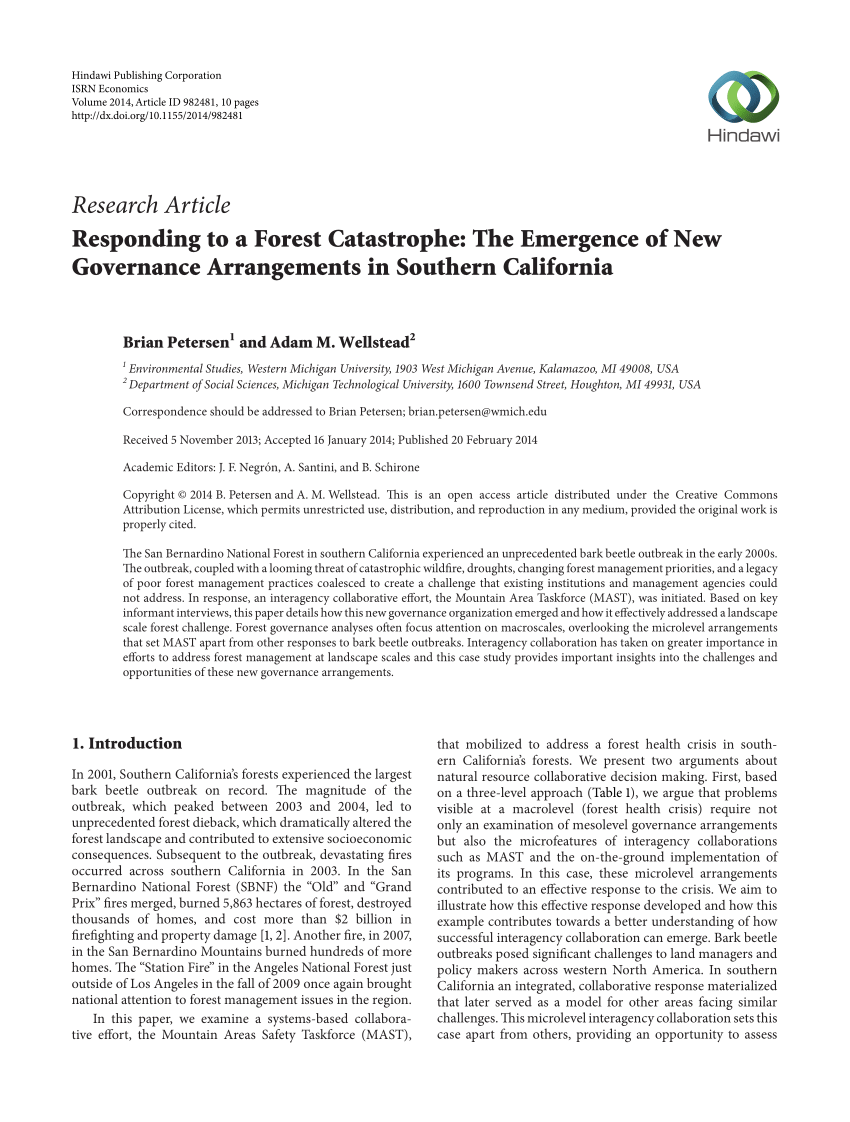 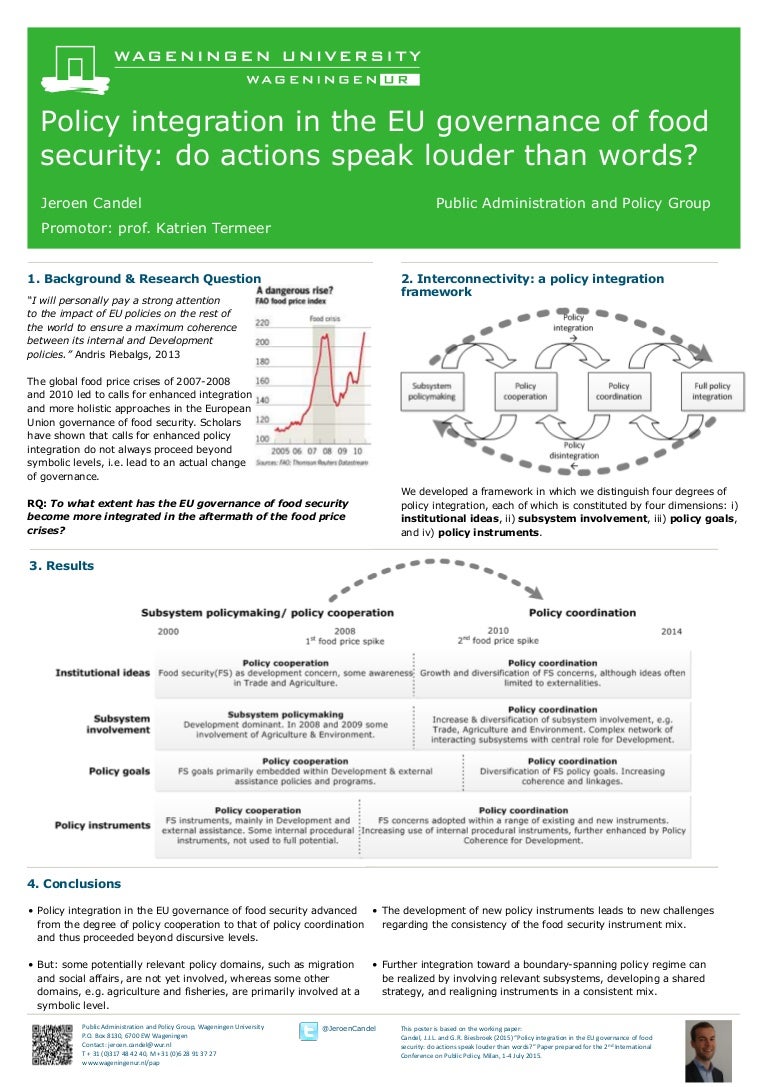 Inferring from the proposition that the overall governance process is . Beyond Subsystems: Policy Regimes and Governance», Policy Studies Journal, 38 (2). 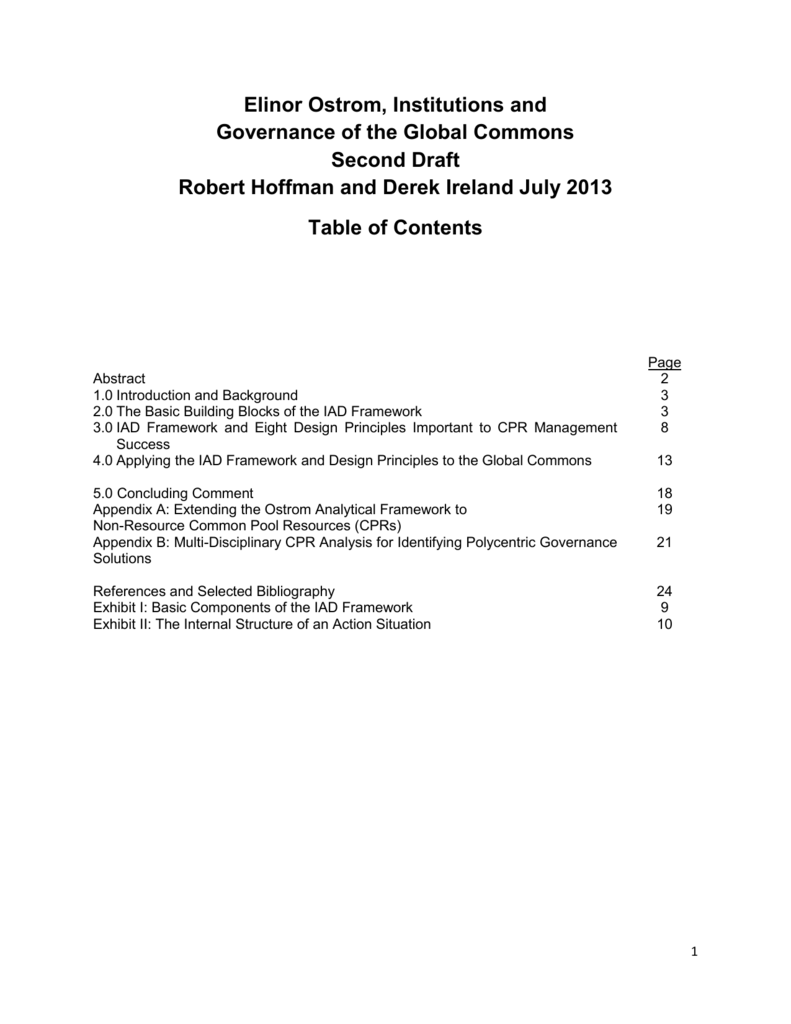 The urban policy subsystem in Italy: from the Ministry to fragmentation Although not referring only to the influence of the national government on cities, the CSS .. 30Beyond the promotion of new forms of decentralization, the reforms .. a Schumpeterian Workfare Postnational Regime, within which “the importance of the.