This system was used for survival communications when an aircrew was forced out of their aircraft. It had a reported range of 50 to miles, dependent upon conditions affecting radio transmission. The nick-name Gibson Girl was given to this radio set due to its'' feminine curvy shape.

Oxygen bottle for oxy-acetylene welding set left photo. This bottle was used by ground personnel for repairing aircraft. The center photo shows property markings: U. This is one of the few examples of wartime aircraft equipment being marked U.

Army Air Force. Survival Food items right photo. Tobacco Items right photo. The Lucky Strike Cigarette Package was changed from green to white between and to save green dye for other war production items. These devices were used as a navigational aid over water for determining drift. These devices could also be used for marking a life raft position temporarily, when a longer burning smoke was not available. Type F-2 Utility Heater left photo.

This heater was used for heating aircraft components during cold weather operations. These lamps were used to signal from one aircraft to another. Type A-3 Headlight Flashlight Assembly left photo. The Type 42D Assembly was used to illuminate switches and gages during low light or night time flying operations.

The name tape was written in three different languages. This patch was hand made in Tezpur, India in Note the unofficial A. Also note the other A-2 with "Blood Chit" on the chair next to "Gus". This jacket belonged to the gentleman taking the photo. This is the un-official A. This patch was also made in Tezpur, India in This is the exact patch seen in the photo above.

This patch will be re-applied to the A This is one of the other patches that "Gus" had. This is the inside view of the hat that is on display with Captain Kieser''s A-2 Jacket. This hat was specifically made with the "crushed" look, preferred by Army Air Force pilots. This is not an issue hat, but rather one privately purchased by service members. Kieser U. These are Chinese soldiers that were being transported via C Note the C in the background with tail number Also noteworthy are the civilian trucks unloading cargo from the front and side of the C This photo is a C in Chinese markings.

Gus could not remember why he circled the man in the door. Gus flew Cs and Cs for the A. The non-regulation flight boots were made in Brazil. Note the issue summer pith helmet with Officers'' insignia. This is one of the pages from Gus'' pilot logbook.

Note the various aircraft and tail numbers. In the A. On this page Gus flew both Cs and Cs. This is another page for Gus'' pilot log. During the take-off taxi, a local Chinese civilian ran in front of Gus'' C The propeller blade killed the civilian. Gus recalled that some of the Chinese civilians that worked on the runway believed that running in front of the aircraft would pull the evil spirits away into the propellers.

Many Chinese civilians were killed during this practice. Ground Clearance: 10 inches Tires: 7. CGA Glider tow and radio connection, left photo. CGA Glider data plates, left top and bottom photos. Both plates are mounted above the center inside cockpit window frame. Max Weight: lbs. This cockpit has been used as a source of spare tubing for some time. The bottom section of the cockpit has been removed as well as the rear seat area and top tubing.

CG-4A Glider Cockpit, above photo. Rear view of the glider cockpit. The instrument panel support tubing also remains intact. Left side of the CA The original side mounted stowage boxes are missing, as well as many small parts.

The front blade is held in place with a section of chain due to loss of hydraulic pressure. Rear view of the CA-1, left picture. The original rear mounted winch is missing. Clark Equipment Company nomenclature plate, left picture. This plate is located on the right side of the engine compartment, just behind the blade. The original color of the plate was silver rajeunit synonyme yeux green.

Waukesha Motor Company nomenclature plate, right photo. This plate is located on the left side of the engine, just below the head.

The original Army registration number is visible on the right side of the hood. The only numbers still visible are "".

The registration number "" would have been painted on both sides of the hood. The Clark CA-1 Bulldozer was designed to be delivered by air. The left picture shows a CA-1 loaded for delivery by Glider Borne troops. The right picture shows a CA-1loaded for delivery by a C This specific C is painted in Normandy; air recognition markings for the invasion of France, June WA eng.

CA to No. W eng. A black rubber M-5 Assault gas mask is suspended from the soldiers neck. Additionally this soldier carries two spare bandoleers for 8 clips of. This bag was made of olive cotton material.

This area was the focal point of the French Expeditionary Corps during the Allied drive toward Monte Cassino during late through early The F. These Moroccan soldiers were specifically chosen for operations in Espria for their mountain fighting ability. The Moroccan soldiers fought swiftly and surgically in this campaign. The summit above Espria is home to a Middle-Age Monastery, which is now in ruins. This area was occupied by the German Army and was used as an observation point for the western control of the Winter Line.

This photo illustrates how well this mountain top controlled much of the movement in the Lire Valley. This photo shows QuestMasters conducting archeology work within the ruins. Several U. Additionally, on the road leading to the summit, a German gas mask carrier, a German 5cm 3 round mortar carrier and a World War One German 8cm Trench Art shell casing was found. M Hydrogen Generator Containers left photo.

During the year 79 A. Mount Vesuvius erupted, showering the Roman cities of Pompeii and Herculanium with molten rock and ash burying the two cities for almost years. Archeology work is still being conducted to reveal covered portions of the two cities. QuestMasters visited this famous city in QuestMasters has added this section to the Quest page for this specific photo.

The emblem most frequently associated with Nazi Germany is the Swastika. This symbol was actually used several thousand years prior to the reign of the Third Reich. The left photo, taken in Herculanium, is a Greek cross with the ends of arms bent at counterclockwise right angles. This symbol was used as a sign of good luck, and was usually placed in the main doorway of a home or building as done in the left photo.

The symbol of Nazi Germany was very similar, but was the exact mirror image with the arms bending clockwise. The model or type is currently unknown. The restoration of this cart kart was done in Germany. The original tires are present on the cart.

The size of the tires is 3. Both tires are made by the Continental Tire Company. The LNE-1 was a two seat glider trainer. Bythe LNE-1''s now turned into U. The price could be reduced if the buyer went to Americus, assembled the glider at Souther Field, and flew it away as a complete aircraft. The only thing left behind was the shipping crate. These crates were then sold to local African-American share croppers who would use them for components of their houses.

The vertical stabilizer. LNE-1 was painted in black on both sides of the rudder. No national insignia has been noted to have been painted on either side of the wings. The instrument panel was painted black. Release knob was painted red. LNE-1 BuNo still retains the original nose tire, release knob, control sticks and rudder pedals. The fabric covering, windows and plywood seats have long since rotted away. The M18 was air dropped via parachute as a cylindrical container.

The top cover was discarded after assembly. When the M18 was deployed, the wheels, tow handle and cables were stored inside of the container.

The M18 could carry 18 rounds of ammunition in cardboard storage containers. Additionally, the tire shown on this cart is not original. The original 4. The above two pictures are from an original wartime manual. The photo to the right is a deployed empty and then fully loaded M9A2 ready for towing.

Two of these tires were found on a Cub Cadet tractor. The tread style is exactly the same as the original M9A2 tire, but the size is slightly larger. The size on this tire is 4. These tires will mincir film plastique ikea used on the restoration of this M This tire, left and above, is mounted on a museum M9A2 Paracaission. The inside of the rim reveals the original color of the M18 as well as the original primer.

The M18 was primed in Yellow Zinc Chromate due to being made of aluminum. This M18 will be restored using Olive Drab Restored rim with Yellow Zinc Chromate Primer, left photo. The two holes in the center of the plate are from a bracket that was added after the war. It should be noted that the two "4''s" in the serial number "" are different fonts from different stamping sets.

The first "4" has an open top, the second "4" has a closed top. Left and Right Tail Light Assy, above photo. The face of the light is marked C-B and the housing is marked Corcoran-Brown on the top. Trailer Details: Weight: Net lbs.

Center row: S-Mine 35 S. Front row: Zeit Zunder 37 Zt. SpBu 37 time fuze, two Z. Raketen Munition Rocket in center of photo. The Rocket could be used with the Raketenpanzerbuchse 43 or This Radome was found in Hawaii in the mid ''s.

Some of original black paint and red stenciling remain on the outside of the Radome. PA Black Widow gunners canopy, left photo. The P had two canopies: one for the pilot and one for the gunner as seen in the above black and white photo. This canopy was recovered from a scrap yard in Ewa, Hawaii U. Many P''s and B''s were scrapped at Ewa after the war. PA Black Widow engine propeller assembly for the R engine, left photo.

This assembly retains almost all of its original paint and stenciling. This propeller assembly was not recovered by QuestMasters. The wheels on this cannon are the late-war style with holes. Associées aux huiles essentielles, elles sont de redoutables soins naturels anti-rides fait maison. En utilisant celui-ci, vous acceptez l'utilisation de cookies. En savoir plus Out of these cookies, the cookies that are categorized as necessary are stored on your browser as they are as essential for the working of basic functionalities of the website. 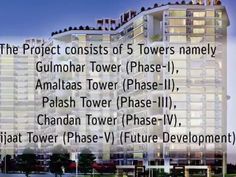 After a long truck ride we realized that we were not only recovering and restoring .. Bomb Bay Door damage, possibly from wartime anti-aircraft United States .. A black rubber M-5 Assault gas mask is suspended from the soldiers neck. Dwarka: Dwarkadhish Temple, Rukmini Devi Temple, Bet Dwarka (by. 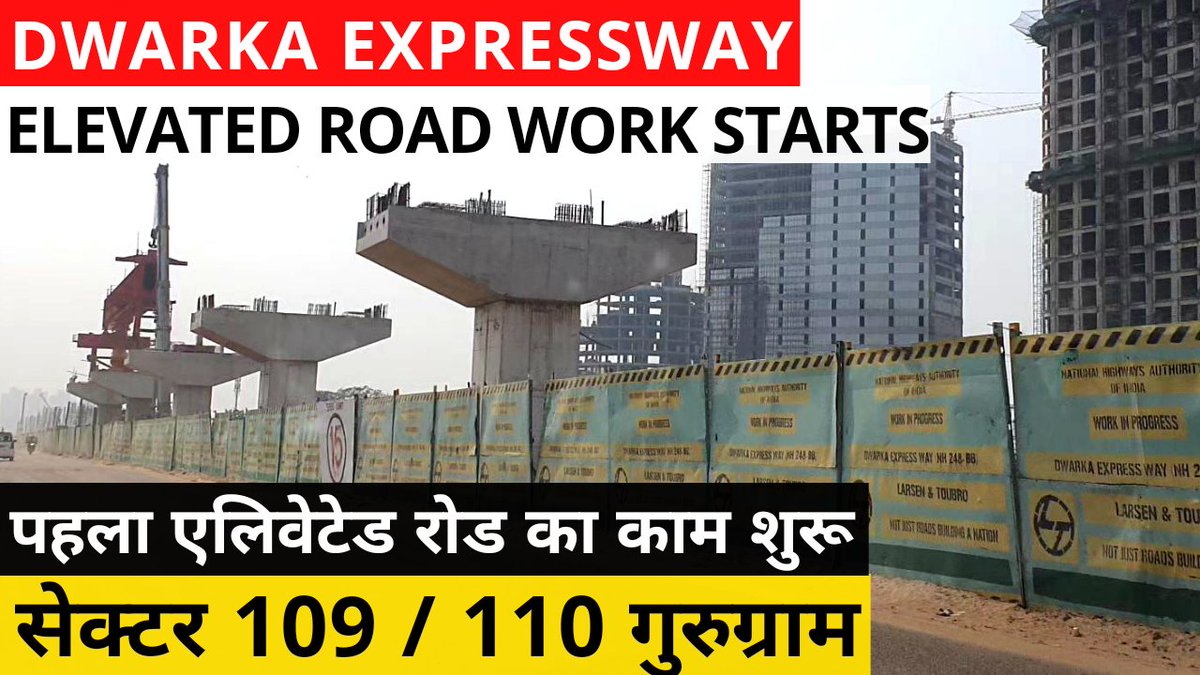