Shotaro's decisiveness and honed detective intuition make him a remarkable detective even without the help of his partner. However, his friends and contacts often refer to him as 'half-boiled', as he wears his heart on his sleeve and let his emotions get in the way of making the cruel yet … necessary decisions that real hard-boiled detectives, such as his mentor, would have little problem making.

Even though his emotion and dedication to the choices that he makes causes him to come to blows with his partner and others, there is an affection to their calling him 'half-boiled', and eventually he accepts it as his way of doing things. Despite his flighty exterior Shotaro cares deeply about his clients, his friends, and his city and will do anything in his power to protect them.

Shotaro is a contrast to his partner Philip, showing great capacity for emotion and empathy as opposed to Philip's cold and logical thinking. Because of his emotional side, he is capable of understanding the emotions and actions of others. It is continual exposure to Shotaro's emotional nature that leads to Philip warming up to his own emotions. Due to his aspiration to be hard-boiled, Shotaro usually tries to be the serious and cool-looking one in his group, but that often results in him often being the one who is being made a fool of by others, his friends and enemies alike.

Shotaro takes the role of Kamen Rider Double very seriously and with great pride, as the name "Kamen Rider" was given to them by the citizens of the city themselves. As such, he tries very hard to make a good name for Kamen Rider Double, and live up to expectations that came with the title. He is fond of anything retro and this can seen from what he wears to he uses. He is rarely seen wearing anything that is not a set consisting of a dress shirt, a pair slacks, a necktie, a waistcoat and most importantly to him at leasta fedora hat.

He is always seen typing on a typewriter for case-filing purposes, despite having a laptop in the hangar. His bike helmet is also a retro-styled one.

His fondness for retro-styled items is so intense that one can say that his use of anything modern is only out of necessity.

Shotaro has a habit of flicking his left wrist in the air before and during battles, similar to Takumi Inui's habit of flicking his right wrist at his side after transformation. Vowing to stop anyone that makes his city cry after, as a child, witnessing Sokichi Narumi's first fight with the Spider Dopant, Shotaro eventually became Sokichi's protege.

His final job with Sokichi involved investigating a mysterious organization, at the behest of an equally mysterious client.

While infiltrating a Gaia Memory research building, Shotaro met Philip for the first time. However, due to Shotaro's recklessness, their cover was blown and it indirectly led … to Sokichi being shot to death. Sokichi then left Shotaro to continue on in his stead, giving Shotaro his prized fedora in his final moments. Shortly afterwards, Philip and Shotaro used the Double Driver - which Sokichi had been carrying, perhaps with the intent that he become the body of W - to transform for the first time, in order to escape.

Refusing to let his mentor's memory be in vain, and to atone for his mistake, Shotaro works to stop the Dopant crime wave by being the man on the street, contacting his various informants and transforming into Kamen Rider Double by providing his body for the combination.

Shotaro's physiology is not ideal for Gaia Memory use, and he was never Shroud's ideal choice for the 'body' half of W. Because of this, he had trouble maintaining their Rider form when Philip's power was evolving.

However, he later proves that he has a knack for being the 'wild card', being incredibly difficult to predict in such a manner - this quality leads not only to him resonating strongly with the Joker Memory and match Philip's heightened power, but also displaying the ability to exceed expectations and being able to transform into Kamen Rider Double CycloneJokerXtreme by sheer willpower. Shotaro also appears to be the one who came up with the names of Double's finishers, as demonstrated in episode 16 when he decided to call FangJoker's Maximum Drive "Fang Streiser".

Though this is ostensibly to enable him and Philip to synchronize themselves better, it seems Shotaro simply likes doing it, as he names his attacks when he fights solo as well. After being informed what happened in Zawame, then everywhere in Japan, Shotaro meet with Tsukasa about the status that the Heisei and Showa Riders are beginning to fight each other, which is also same what happened when his partner, Phillip got killed by a Showa Riders.

Showa Rider: Kamen Rider Taisen feat. A self-proclaimed "hardboiled detective", he dresses in a retro fashion based on lates style, favoring fedora hats and waistcoats. He is often called 'half-boiled' by his friends, however, because he cannot fully shut out his doubts, often acts according to his feelings, and has difficulties making cruel yet necessary decisions, contrary to his hard-boiled aspirations. 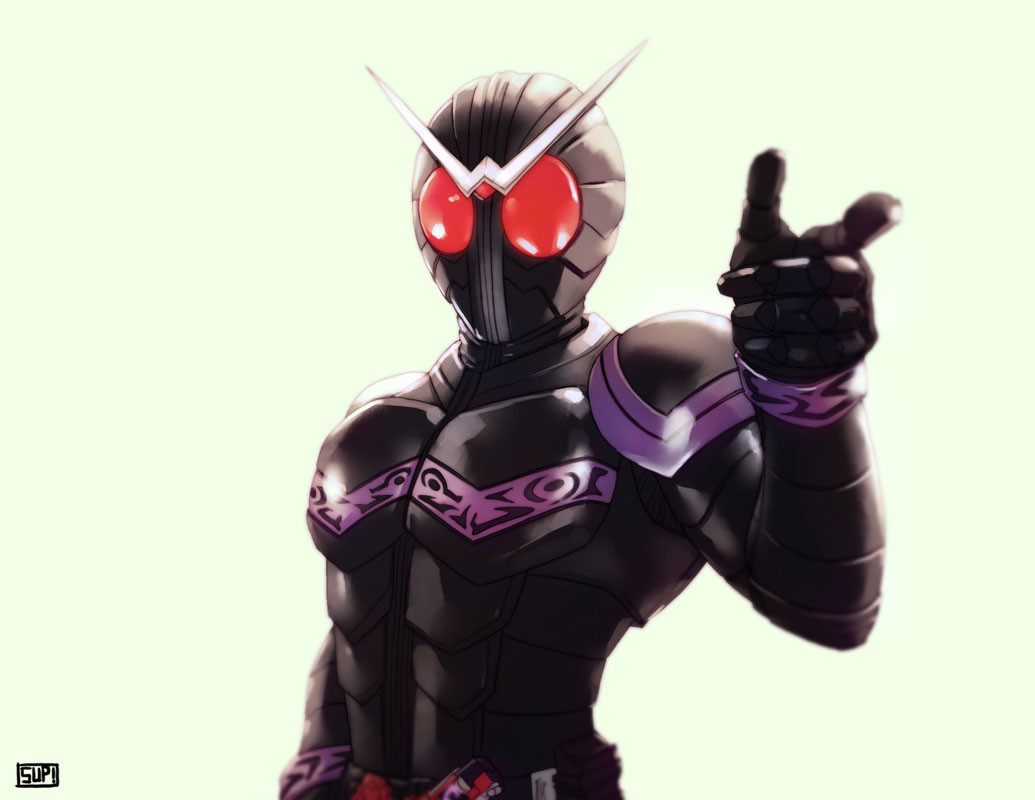 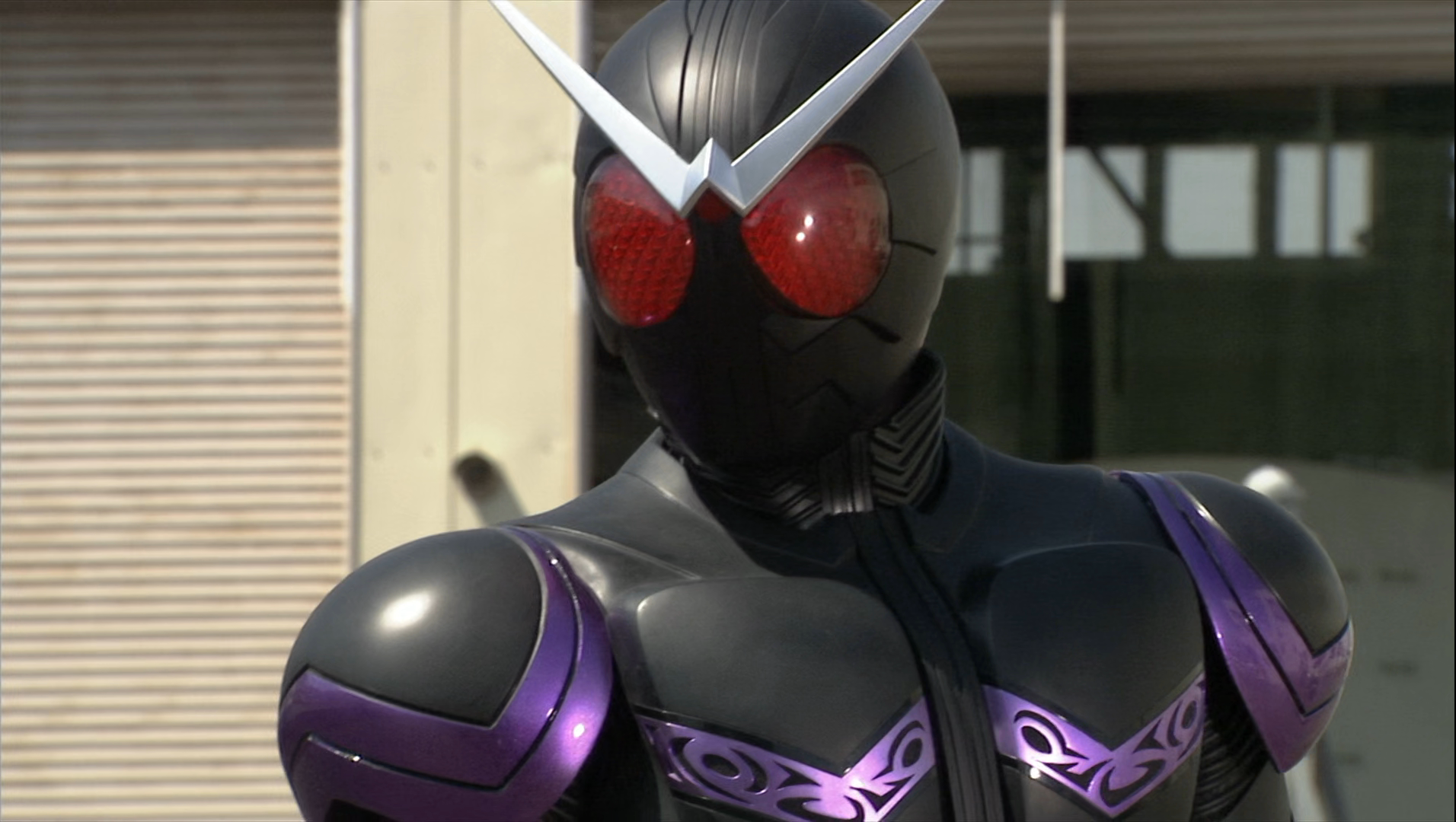 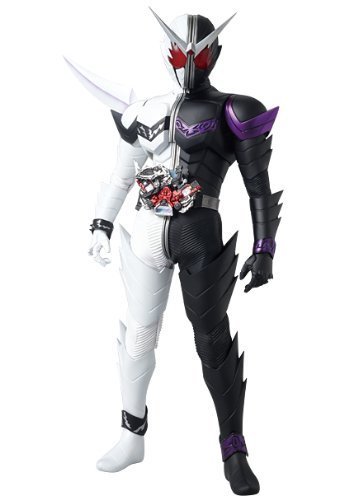 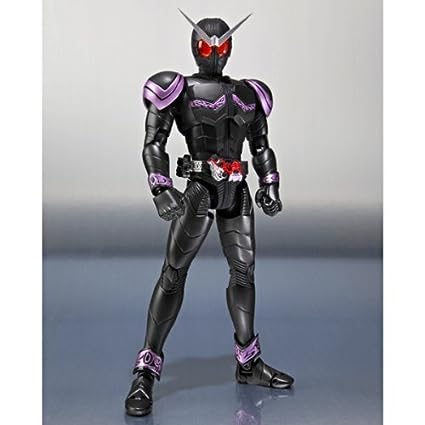