But the new mouth shows the signs of absence, of shortcoming in the body. The new mouth and the new body require more focus, including that of presenting oneself to the rest of the world in the most adequate manner possible. We have to be careful and exquisite in our social behavior. Recreated through the rhetoric of the incomplete, it draws the stares of others and positions the body in a distinctive place, separating the two.

Many of the sources describe how they give up on going out to eat at restaurants, or decide to eat alone, without the stares or company of others.

Just as other works McQuestion, ; Lang et al. In this way, the new mouth can contribute to nourishing the caloric demands and hydrating the skin that envelopes that body, but it is incapable of satiating the symbolic and cultural demands, creating a social space that becomes progressively smaller.

The outbreak of illness entails adjustments — some temporary, others permanent — in dietary habits. Changes affect the selection of what one eats, the means of preparing food and of chewing it, of ingesting it, or of swallowing it. Alongside all of this is the emergence of updated culinary tools, of which the syringe and the infusion pump stand out.

Consider, for example, the case of Aurelio who, after a three hours surgical procedure, came out of the operating room with sharp pains and a nasogastric feeding tube through which he was fed twice a day. As we can imagine, translating food into the third person reflexive tense is quite complicated. Javier, for example, fought to stop eating through his feeding tube, telling his doctors that it was causing him great pain. With it comes a new corporal discipline, transforming the dining room into something removed from the emotivity of yesterday.

This care consists in injecting a small amount of water into the tube with a syringe so that no food particles remain. Le Breton wrote that the mouth is a borderline between the outside and the inside. What I do remember clearly was how I begged my wife to feed me for real and how it took two more weeks for this to happen. Luis, for example, felt the need to break up his noodles. Others had to learn to swallow the excess saliva that they produced in their food and chew everything that they put in their mouth very well.

What was once done routinely and unconsciously now demanded effort and attention, which meant paying less attention to dinner conversations or an overwhelming effort that resulted in unfinished meals due to exhaustion or boredom. For Javier, this began just after surgery, while he was still in his hospital room.

I was scared because I thought that something was wrong with me while I ate the soup.

They brought me a tray with a chicken fillet and a bowl of soup. Eating or drinking is no longer what one wants or savors, but rather what one is capable of eating. Fernando was prescribed thickening agents for liquids due to his risk of choking. His sister cooked it for him, but what he had imagined turned out to be very different in reality and the difficulty chewing and swallowing made it so he could barely enjoy it.

This is because eating, let us not forget, is also a social act. That modification affects many aspects of life but it notably and radically interferes with culinary normality. If this modification of the body greatly affects how the world sees these sick people, then the affectation of the senses provokes substantial changes in the way they see the world. In general, they see an uglier world. One of the most intense changes described is the loss of sense of smell.

In some ways, this signifies losing a large part of individual memory and many emotional points of reference often associated with losing the pleasure of eating. Without a sense of smell you cannot be a cook, he says. Nostalgia bursts forth from the loss and not from pleasure and the food. Someone who once could smell and taste — but who no longer can — imagines how others should enjoy eating, they recreate the pleasant landscapes of their past life relative to the foods that others are currently eating… that sometimes provokes feelings of envy just as we have been told by Rafa and other patients with whom we have worked.

If you combine envy with shame, a feeling we will touch on in a moment, the impact on the cancer patient is so overwhelming that it can end up unraveling them socially. Creme anti cellulite 10 jours happens during any collective meal but it is all the more transcendent during the meals which occur outside of everyday life.

These are meals that require different protocols than the usual ones at home, and imply integration and bonds with a different kind of diner: different things are eaten, there are more diners, they drink other things, they talk more, etc.

As Grignon has pointed out, commensality is one of the techniques by which identity can be defined and preserved. The dinner table is established as a space for social action and therefore is governed by rules: table manners are denoted by the correct and the incorrect, by rhythms, by hierarchies… the convergence of interaction at the table, especially during parties, is affected by the presence of cancer. There is an ever more rapid tendency towards the restriction of meals in groups, a growing attitude towards participating in meals with a reduced number of diners.

This is quite possibly one of the most harmful social effects of cancer, especially laryngeal cancer. Just as they have told us, many laryngectomy patients think that they are a nuisance to these collective meals. According to our sources, the feeling of being a nuisance is a consequence of developing a sense of shame in social culinary 4 interactions.

As they have declared to us, many laryngectomy patients eat in a way that could be considered aesthetically unpleasant, and others eat in an inappropriate way according the conventional manners of the dinner table. From this comes the sense of being a nuisance, the feeling of shame. Rafa, for example, avoids commensality with small children because, according to him, a little 3 year-old-girl living next door to him has not wanted to speak to him since the surgery because he scares her with that cavernous noise that emerges from inside his body.

Similarly, they say that their tracheotomy hole can be unpleasant to others during a culinary interaction. It is like this to such an extent that he no longer feels like going out to eat in groups. In the home, while the patient eats their everyday meal in domestic privacy, they pace themselves, chewing food more calmly, breaking it down into many small pieces so that it can be swallowed more easily.

But, in collective meals, their rhythms can affect those of everyone else. Some of our sources cite their fear of choking from eating too fast, a fear more social than physiological since they understand that it can alter the culinary tranquility of the other diners.

For example, it happened to Luis once while he was eating with friends and he had to leave the table and go to the bathroom to either remove the food by vomiting, or swallow it.

He knows that some become nervous and begin to do this at the table. That, he says, cannot be pleasant for everyone else eating. Not just eating alone, but also doing it at any moment and in any way without manners.

On the other hand, the establishment of a social consensus affecting ways of eating is implicit in the communal meal. Textures that do not just hinder emotivity, but which place the person in infantilized spaces where it is necessary to relearn something they had already learned.

From this perspective, new technologies for eating, and the new bodily techniques deployed at the dinner table sweep away traditional dietary methods, but also place in jeopardy the very notion of sociability. This is a fatal gastronomical distinction for the new valuations of food and the social existence that surrounds it.

The sadness and longing mixed with unbridled feelings of envy and shame, recreating the stigma surrounding the new gastronomical distinction applied to those who seat cancer at the table, a table increasingly distant from the parties and festive meals, from going out to restaurants, from the dinner conversations without stares.

World Cancer Research Fund The primary treatments are radiation therapy, surgery, or a combination of both. Chemotherapy is often used as additional treatment or adjuvant. The optimal combination of the three treatment modalities for a patient with head and neck cancer depends on the site and stage of the disease. In general the side effects of radiation therapy appear about two weeks after starting the course of treatment and may consist of sore throat, loss of taste, and dry mouth and skin.

It is well known that cancer drugs work only in small subset of patients. For many of these agents, there are putative markers of response in the literature but very few are been used in clinical practice.

More importantly, new anticancer agents are targeted to specific cancer genes and are expected to be effective only in tumors in which these genes are mutated or otherwise abnormal. Consequently, the success of personalized treatment of cancer patients depends on matching the most effective therapeutic regimen with the characteristics of the individual patient, balancing benefit against risk of adverse events. The primary challenge in achieving this goal is the heterogeneity of the disease, recognizing that breast, lung, colon and the majority of cancers are not single diseases but rather an array of disorders with distinct molecular mechanisms.

Patients with metastatic pancreatic cancer are currently managed with systemic chemotherapy with poor results. Indeed, the median survival of these patients with more aggressive regimens in the months range. Thus, an important need is the development of newer and more effective treatment modalities for this disease that result in an improvement in survival. Only a small fraction of these alterations might have a clinical impact and their identification has become one of the biggest challenges to succesfully translate cancer genomic to the clinic.

The current understanding of PDAC genetics indicates that this disease is genetically complex, with a significant number of key genetic alterations per tumor and very heterogeneous with substantial inter-patient variability with regards to potentially targetable genetic alterations.

Identifying the most appropriate therapies from genomics data is a major challenge in personalized cancer medicine.

Retrouvez Alternatives in Cancer Therapy: The Complete Guide to Alternative Treatments et des They can be used as supplemental regimens that help maximize the effectiveness of traditional .. 31 janvier - Publié sur Amazon.​com. 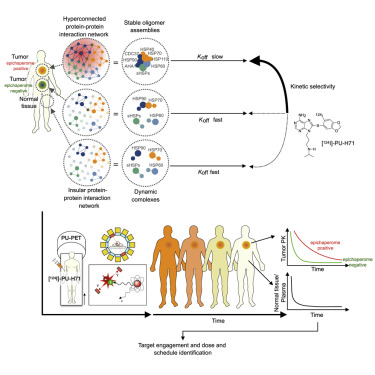 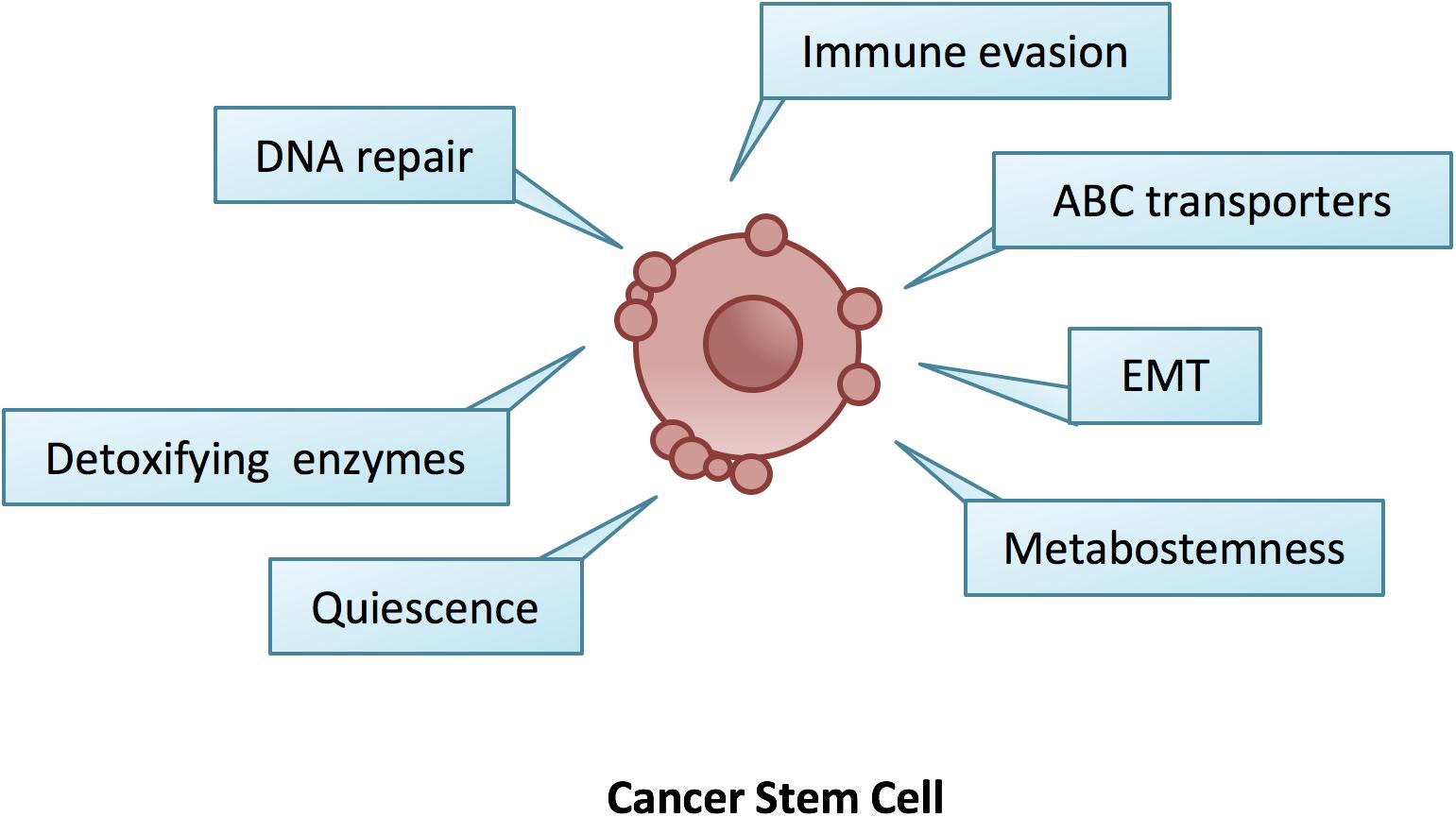 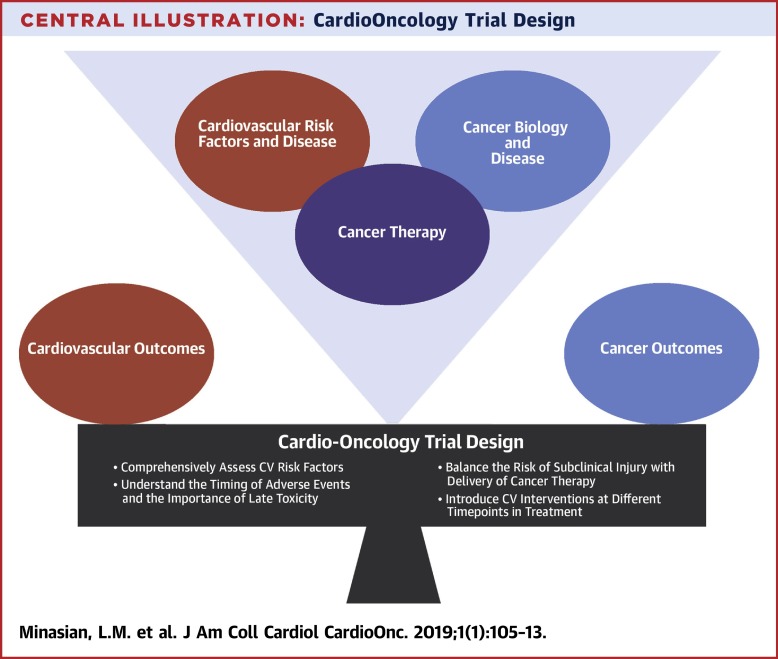